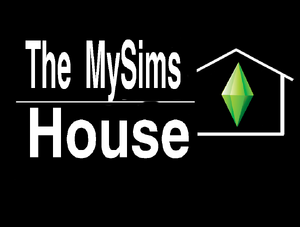 The MySims House is the third show written by Wii maniac. It replaced The Sim Apprentice and followed The Sim Race. It started Friday, July 8th, 2011. It's hosted by Walker. The Finale was September 14th.

14 sims entered the house to compete for food, luxury, and power. They are locked away from society until either they are evicted or they have won 5 million simoleons. 2nd place get's 500,000 simoleons. The winner of a MySims Wiki's choice vote will win 50,000 simoleons. The Final Three house guests are Gertrude, Pinky, and Leaf. Pinky won the final HoH and evicted Leaf. Gertrude and Pinky became the final two. Pinky won The MySims House and received 5 million simoleons and Petal (Who was Juror #6) won America's Favorite House guest. 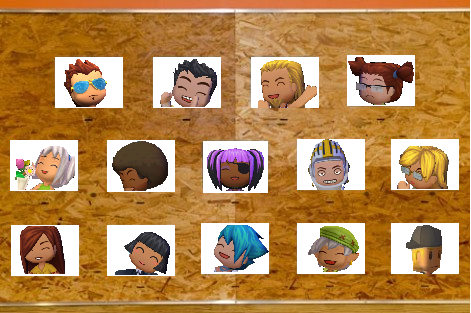 Here is everyone who is living/did lived in The MySims House.

Like The Sim Race, there are many show elements to The MySims House.

Every Thursday, after an eviction, House guests will compete in an HoH competition. The winner will become Head of Household. The duty of the Head of Household is to nominate two people for eviction in a Saturday nomination ceremony.

Every Monday, The HoH, the nominees, and three random house guests will compete in a PoV Competition. Whoever wins get's the power of veto, which gives that person the power to boot one house guest off the block. In a Veto Ceremony on Tuesday, the winner will announce whether to use it or not. If they use it, they will select one nominee to get taken off the block. The Veto winner gives that former nominee the veto necklace. The HoH then will have to choose another house guest for eviction. If the winner chooses not to use it, the veto goes back into a chest.

Every Thursday, before the HoH competition, the house guests will one at a time go into the diary room and place there vote for eviction. They will tell the viewing audience and Walker who they vote to be evicted. Once the votes are in, the viewing audience will know who is going home, but the house guests won't until Walker announces it. Once he does, the evicted house guest will grab there things, say good-bye, and walk out of the house to have a short interview with Walker. On the memory wall, there colorful picture turns into a black & white fade which completely ends the ceremony.

MySims Wiki enjoyed the show and everyone wanted two house guests to win: Gertrude and Pinky.

A second season has been announced by Wii maniac on August 21st. It will air Summer 2012. During the Fall of 2011, Wii maniac will have the all star season of Sim Survivor.

Retrieved from "https://mysimstv1.fandom.com/wiki/The_MySims_House?oldid=4492"
Community content is available under CC-BY-SA unless otherwise noted.