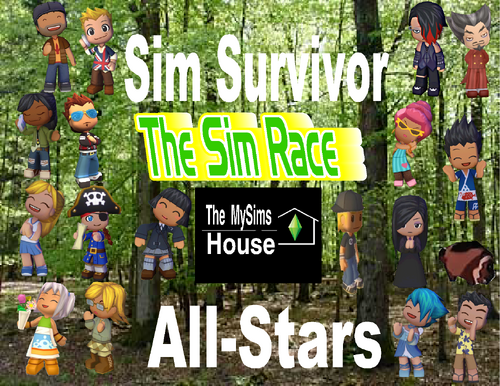 Sim Survivor: All-Stars is the next edition in the Sim Survivor series at which contestants from the original Sim Survivor compete against each other, along with contestants from The Sim Race and The MySims House. The show is hosted by Marlon (Narration), Roger (Aftermath host), King Mike (Main host), and Walker (Co-host). It has the same plot as Sim Survivor, only with the addition of twists. The first episode was September 17th.

Retrieved from "https://mysimstv1.fandom.com/wiki/Sim_Survivor_(All-Stars)?oldid=4482"
Community content is available under CC-BY-SA unless otherwise noted.